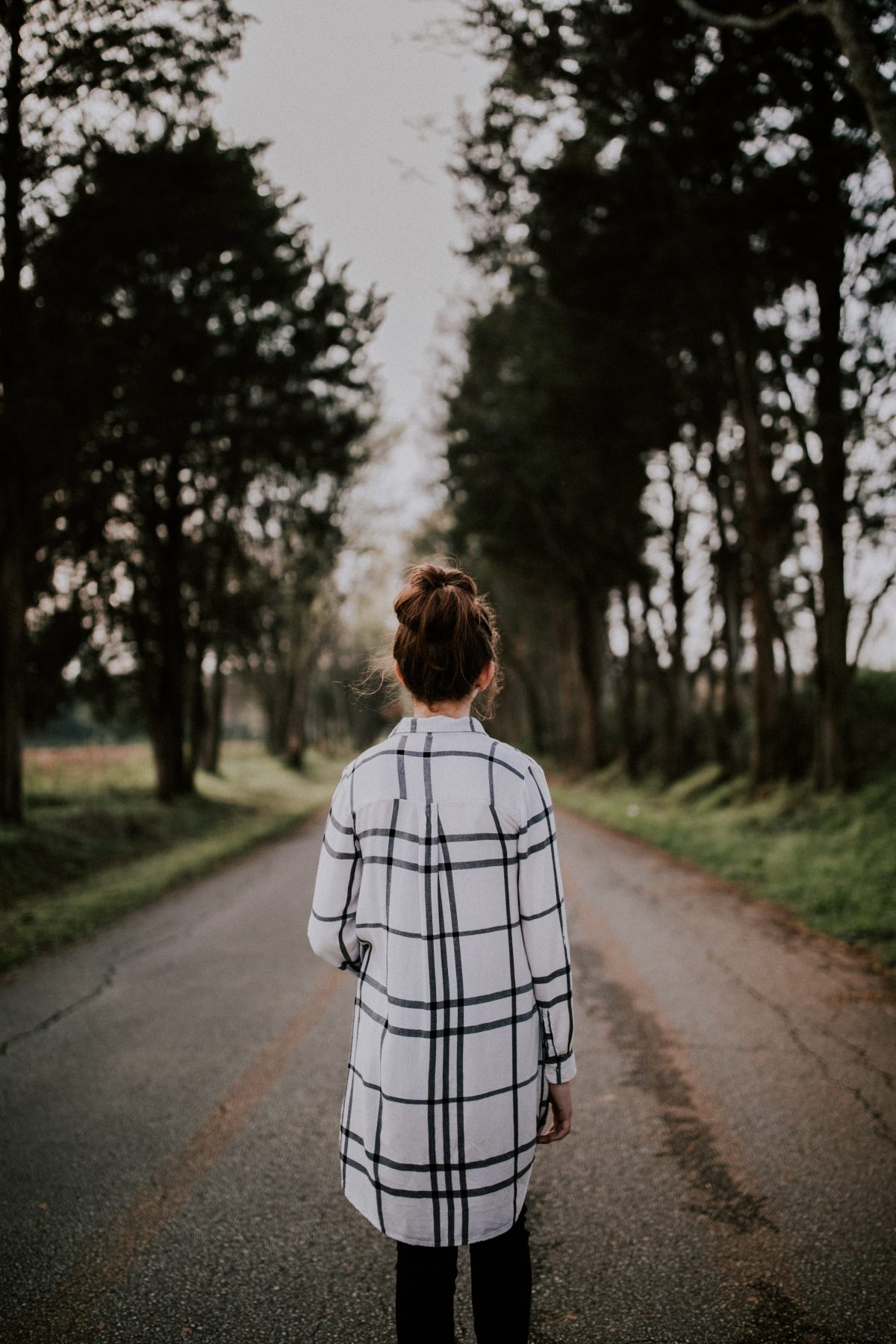 Walking without Crutches is Weird

Walking without crutches is weird. Weird title, right? I know, but hear me out on this one. In February, I had a major hip surgery called a Periacetabular Osteotomy (PAO). Essentially, they repositioned my hip bone and fixed a torn labrum from hip dysplasia that I was born with. It’s a lot more involved than it sounds but the surgery put me on crutches for three months…still to this day.

A little background on the surgery

About a year ago, I started experiencing pain in my left hip. I saw a few doctors but they all ultimately told me I was “too young” and it was probably bursitis. The pain worstened over a year and my shoulder surgeon referred me to a hip surgeon in their practice. I saw the hip surgeon and he assumed I tore my labrum. After some imaging, it was confirmed that I tore it.

I had no idea what was about to come next…

Upon arriving to my imaging follow up appointment, I learned that I was born with hip dysplasia, which caused my labrum to tear and would need major reconstructive surgery of my hip. Turns out, it’s in both hips but only one chose to act up (thank God).

A lot of people have asked me why I’ve waited until now to have the surgery if I was born with it. Turns out, I didn’t know I had hip dysplasia and this is a common thing. For many women with hip dysplasia, their labrum tears somewhere in their mind 30’s to early 40’s and that’s how/when they discover they were born with it! Crazy, huh? I sure think so. 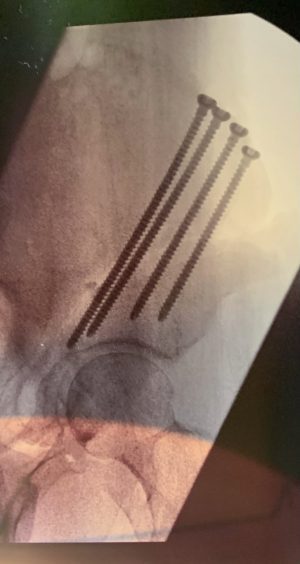 What came next was a shock…

I was told I was going to have a Periacetabular Osteotomy (PAO) surgery to fix the dysplasia and my torn labrum. This would involve a long recovery and intensive therapy afterwards. The healing is going to take up to a year and then I will need a full hip replacement in my 50’s.

During the surgery, they broke my pelvis in three places to reposition my hip. They had to remove a muscle to get to the area and then reattach it after they were done. They also had to cut the top part of my hip bone off and reattach it once the surgery was complete. At some point they also fixed my torn labrum by three separate smaller incisions.

This surgery is no joke…the picture above is my hip with four large screws after the surgery.

So, I started thinking walking without crutches is weird

I am now in a place where I will come off my crutches soon (if healing is going according to plan, and so far it has for the most part). The thought of that is really scary to me. What if I fall the first time I walk? What if I cause severe damage and have to have surgery all over again? I don’t remember how to walk on my own. Part of therapy is re-learning how to walk. It will be so weird.

But then it got me thinking… 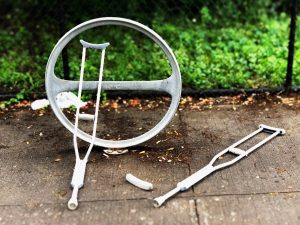 What else in life are we using as crutches?

I might be scared to walk again (meanwhile, am so excited and ready to ditch the crutches!) – but what else do we view or use as crutches in our own lives? What fear or negative thoughts are holding us back from accomplishing something? Heck, even attempting to accomplish something.

Life and its experiences have a funny way of convincing us we can’t do something. We’re not good enough, we don’t know how, we’ve never done it before…you get the idea. We all have negative thought patterns that work hard to convince us of things that are simply not true.

How to evaluate what’s holding you back

The first step is identifying the thoughts or fears that are holding you back. This can be really tough, but it’s worth the effort. After you identify those thoughts, evaluate if they are based in reality or not? So often we believe things to be true when they are actually false.

Another example is “I don’t know how.” This one is tough because it can feel true a lot of the time. But again, ask yourself – is that really true? Can you Google it? Are there people who do know how and could help show you? There’s a good chance you actually DO know how and you’re just scared.

The next step is to reframe those thoughts

For the first example above, you could say “I am good enough and I will get better with experience.”

For the second example, you might say “I can learn how to do this. There are people who can help me.”

It might seem cheesy, but speaking kindly and honestly to yourself can make a world of difference. Walking without crutches is weird, but so is living life with them. They might seem like they are helping you in the moment, but ultimately they are holding you back. So ask yourself – what crutches do I need to ditch in order to move forward in life? 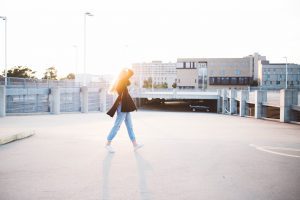 Where will I start?

I’ll walk before I run. I’ll take baby steps. I’ll face my fears and reposition my thoughts. I’ll use this time to reevaluate what I’ve used as crutches to ditch the fear and move forward.

What are some things you’ve used as crutches in your own life? What fears or negative thoughts have held you back from accomplishing something? How did you overcome them?

Don’t forget to subscribe to receive everything Whispering in Wonderland right to your email! I’ll even send you a free clarity gaining, goal setting workbook!

Do These Three Things Right Now if You Feel Overwhelmed

How to Own Every Meeting at Work Like a Boss

Fixed Mindset vs Growth mindset and how They Shape Our Lives