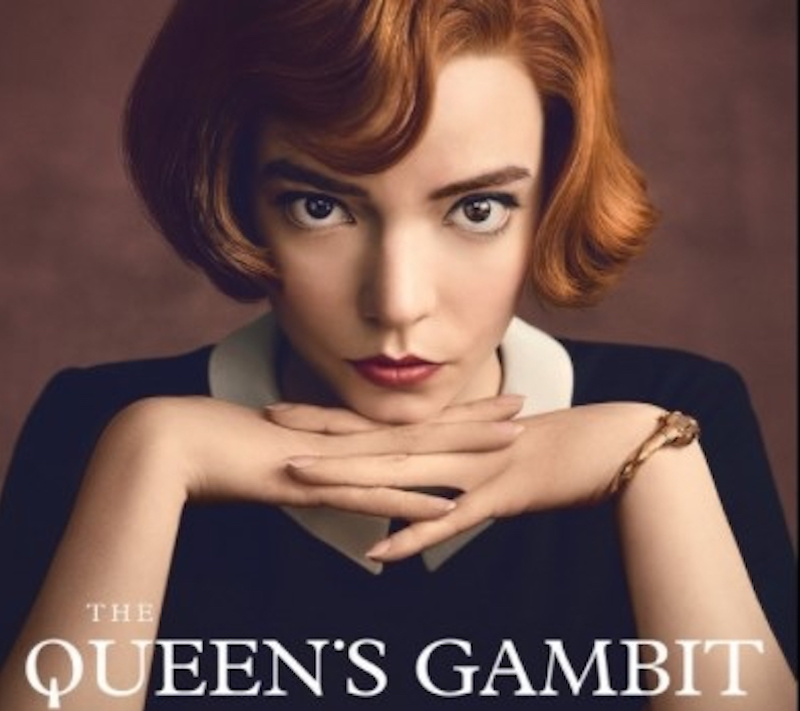 If you haven’t watched the Queen’s Gambit on Netflix yet, you must.

It’s about a young girl with a hard life. A special gift, and no particular plan. But what she does have is an unrelenting desire (a spark you might say) to simply be who she was made to be and express it the way she’d like. So she just does.

Despite the resisting rules of society, the judgement of the people around her or even the harsh headwinds of her own personal circumstances. She just does. She adapts. She steps into it. She doesn’t care. She just does.

She risks. She wins. She sacrifices. She gets frustrated. She experiences joy, love. She walks on the edge, falls to the floor, picks herself up, goes after it some more.

An unrelenting desire to live free in who she is, despite judgment, despite circumstances and despite a culture (one where even we) may say she can’t, shouldn’t, or never will amount to anything (given what we think we see). It’s as if she doesn’t know any better. Doesn’t she hear those voices? Shouldn’t she just accept her lot? Play this life the way everyone else does? Get in line. She simply doesn’t seem to hear what people are telling her. She just does her thing.

If you haven’t seen it yet. You must watch it, then come back to this again. If you have seen, I’m sure you will agree that the story is special. And Anya Taylor-Joy, the young lady who plays the main character is special too. I can hardly think of anyone else who could bring this story to life the way she does. And the critics agree.

But there is one more thing.

The Queen’s Gambit almost never was.

Except for that same unrelenting desire that was burning as a spark inside someone else. Alan Scott, the producer and creator, had a story to tell but no one wanted to listen. The smart people told him his story wasn’t relevant and that people wouldn’t like it. The people with the money, power and know how to bring his vision and passion to life had other things to do and judged his work not good enough.

But he kept at it. Relentless. He listened. He rewrote and tuned the story. He talked to more people. He waited tables. He made sacrifices and took risks. He showed up at places to find people he could share his fire with and the story he thought others might want to hear. As it turns out, and as you can see below, the right time finally came.

That spark you have? That idea you want to live? You’ve had it for a while. I know.

Don’t give up. Let it burn. Cultivate it. Grow it. Share it. Sacrifice.

Then listen to the whispers… let it ignite your life.. you’ll know when to leap.

The right time is coming.

Or is it here?

To the Girl Who Feels Lost

Fixed Mindset vs Growth mindset and how They Shape Our Lives